So, what’s to celebrate? 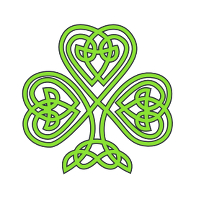 My great-grand father was born in Clerkenwell, North London, in 1847, to parents who escaped the famine in Ireland. Ireland was then part of the United Kingdom, and those who left Ireland at this time would have been those who could afford to leave. They were artisans, skilled working class, and became established in the furniture trade. Ivory carvers, cabinet makers, french polishers, upholsterers, chair makers, inhabiting Bishopsgate & Spitalfields in the East End of London, a Dickensian world of small workshops & shops run and staffed by the descendants of Huguenot refugees, other Irish migrants and Ashkenazi Jews. As a child, I recall accompanying my father visiting the remnants of this world that still persisted, as he visited suppliers and family still in the area. This was a time before the area was settled by Bangladeshis.

For me, having a family and name that originates in Ireland during the famine, people who inter-married with families that included Jewish and English servant heritage, my distance from that Irish heritage is probably very different from that experienced by people in other countries that Irish people emigrated to. Where people disjointed from their roots tend to romanticise a golden past of an oppressed people.

Unlike the USA, Canada, Australia and canada, having Irish ancestry was not something of pride and celebration in England. Quite the opposite. It was a focus for prejudice and discrimination long before the influx of people from the Caribbean, Africa, the Indian subcontinent and China starting in the 1950’s, and long before the troubles. For my family, the troubles in Northern Ireland in 1969 were announced by a rifle bullet through the front door of our home in the suburbs of London. When my father opened his shop in West London before 1950, he dropped the “O'” in the business name, because of the endemic prejudice against the Irish he had grown up with, and at one point nearly changed the family name as well; this was to avoid the discrimination that derived simply from the family name. I’m pleased to say that he didn’t, as this is the only link I have to my Irish ancestry.

His family’s experience was one of increasing estrangement from its roots. My grandfather spent time in an orphanage, as well as attending the Freeman of the City of London School. The story is that my great-grandfather (born to Irish parents in London during the worst year of the famine) was an ivory carver, making things like fine doll’s house furniture, and became a Freeman of the City of London. His wife died while the children were still growing up. Heartbroken, having to work and bring up their children alone, he turned to the bottle, and ended up a vagrant. Through census records, I was able to trace where they had lived, how the oldest sister had looked after her siblings, then married young, how the young brother (my grandfather) had ended up with her and her husband, and how the family became established in Bethnal Green, in the furniture trade, and how my great grandfather appears to have ended his days in a hostel for homeless men, his trade recorded as “walking-stick dresser”.

My grandfather became a respectable Edwardian gentleman, no doubt in reaction to the dissolution of his own father, with the only link to “the old country” being his Catholicism. The religion survived through to my father, who was taught by Jesuits and confirmed a Catholic. But, tragedy ripped through the heart of the family in the 1930’s, when out of six children, four boys and two girls, one of the girls married a man who unknowingly was a carrier of tuberculosis. Three of the children died and only three of the boys survived.

These deaths led to the departure from Catholicism. The story my father told me about how I came to be Church of England was as follows. Before 1948, there was no health service, and without insurance, medicine and medical care had to be purchased, so was dictated by what could be afforded. My grandparents had to find the resources to treat three sick children, all suffering from tuberculosis, either being in a clinic on the coast or with medication and treatment at home. My grandfather poured all his wages into their care, as well as having to run the family home and feed the other three boys. One day, he was called in by the priest at the church they all attended, and confronted because his giving was not what was expected from him; being my grandfather (LOL) a big argument ensued. The following Sunday, the priest denounced him from the pulpit. He left the Catholic church on that day, and took the surviving children with him, and shifted his religious allegiance to the Church of England. Upon the death of his favourite sister, while remaining nominally Anglican, my father became estranged from Christianity until shortly before his own death. I was baptised into the Church of England, because my father feared that like my deceased older brother, I would not survive long into infancy, and he was haunted by the worry that my older brother had died without being baptised.

My grandfather was a man who appeared cold, “Victorian’, and incapable of any emotion except anger. My father’s redeeming side was that he somehow managed to develop a sense of humour and fondness for animals – although often his jibes and barbs were directed at me or my mother. With hindsight, I would say he was quite an abusive, twisted, and dysfunctional human being who could reduce me to a mess of humiliation with the press of a button. But there is something of this dysfunction that to me seems to run through the history of his family, which I suspect goes right back to the island of his origin. It is manifested most clearly in the way that of three brothers, the youngest one would have nothing to do with me from when I was about 15 (I still don’t know why), and while my father and his older brother got on, they would have little to do with their younger brother for the last twenty years of their lives, an estrangement which continued after their deaths with both my mother and me until he himself died. I have never seen his two boys, my cousins, since my uncle’s funeral, a year before my father died twenty years ago. All my memories of those family occasions, such as after my grandfather and later my grandmother’s funerals, featured solemn silences, bottles of whiskey, and heated arguments.

While my father had always been aware of our Irish roots, impressing upon me that we were descended from Brian Boru, High King of Ireland, his own life and upbringing had been one of denial of Irish connections and estrangement. His younger brother was the first and only member of the family to set foot in Ireland in over a century, as far as I am aware, which was through his marrying into an Irish Catholic family. My father became a drinking companion of an Orange Ulsterman, and began going to the Ceilidh’s his friend played fiddle at. At the same time, even though I had little to do with my father for most of my twenties, several of my own drinking companions were from either the North or South of Ireland, or Liverpool Irish, and I lived with somebody from from a London Irish family for a time. So, independently of each other, we both started to take an interest in our lost Irish heritage, and I developed an interest in Irish music.

It is was only through that mutual interest that my dad and I became a bit like friends in my 30s. I find it sad that my dad never visited Ireland, but I understand it too. It took me over thirty-five years before I could summon up the courage to do so myself. I think that for those who have become alienated from the land of their ancestors, the worry is that the reality will destroy the illusion. But I did visit, first Waterford and Wexford on the Fishguard Ferry, then Dublin, and then I was lucky enough to work in Galway for six months, and later I visited Cork. I did learn to love Ireland, although it was a different place from my imagination. It was a place that was harsher, and yet softer, than I had imagined; a place where people were quite tough, and yet also generous and kind; where the drinking could be hard, but not a lot and not often; where people worked hard for long hours most of the time. And where everybody seemed able to talk the hind legs off a donkey.

In many ways, it is culturally remarkably similar to New Zealand. Although while Kiwi’s also talk incessantly (as do I), the conversation lacks something that only the Irish seem to manage to weave into the English language. I don’t know how to describe that, but when I hear it, that to me feels a bit like home, and is possibly what has always drawn me to people with an Irish brogue throughout my life.

Although I grew up with an appreciation of being marginalised, on account of my name and the assumption I had some Irish connection on the basis of that, I only really began to find out the significance of my own family history when I entered the novitiate of an Anglican Franciscan community. There I met others who were had Irish histories, either as Anglo-Irish, Irish Protestant, or Irish ex-pat backgrounds, and learned something of the Catholicism my family had had to give up. I also learned more about the convoluted ways Irish history is interwoven through families down the generations, passing on some traits and characteristics that never really make sense until you begin to understand the history of the people you come from. I learned about the famine, which was quite signifcant in the psyches of most of those who survived (even if unaware of it), and how that marked the point of departure and origin of any Irish identity I might be able to lay claim to. It is ironic that it is that my ancestors’ departure in the famine that denies me any right of Irish citizenship – the generations of estrangement and lack of connection prior to their appearance in the emerging Irish community London in 1847 means I have no means of showing any link with Ireland in the way more recent emigre’s can beyond my name.

So, what is to celebrate? A harsh land? A people dominated by harsh religions? A people who for so long were dominated and abused by a harsh neighbour? Being alienated from the land of my ancestors, and being assimilated as one of that harsh neighbour’s own? The way Irish people themselves are only too fond of reminding me of that assimilation? How do I celebrate this day without engaging in cultural appropriation? There are too many problems/questions/enigmas involved in being so far removed from Ireland to embrace St. Patrick’s Day for me – so many that rather than think about them all too hard, perhaps getting drunk is the best solution. Not as celebration, but as self-medication to block out the pain that I see in the eyes of just about anybody whose existence means their family survived the holocaust in Ireland of over 150 years ago.

That is what I will raise my glass to this St. Patrick’s Day – the memory of those million men women and children who did not survive, and the guilt carried down through the generations by the descendents of those who survived.

This work is licensed under a Creative Commons Attribution-NonCommercial-ShareAlike 3.0 Unported License.